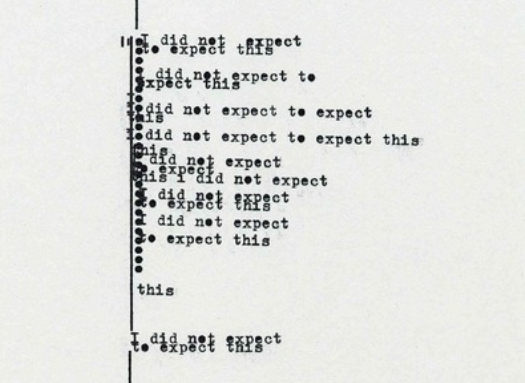 For someone who’s supposed to draw for a living, I seem to spend a lot of time typing.

Of course some people who type for a living make amazing things. Lines of code are amazing, I wish I could fathom it.

And what some call typing others recognise as writing. I would put myself firmly in the former category and, like I say, it seems to occupy quite a good deal of the day. I guess the reason for thinking – well, worrying actually – about it is, what does this have to do with being a designer?

Some of it, yes, it’s connected to doing the job.

Drafting a clear email setting out the situation why the project you’re working on has veered wildly of course and looks like it’s heading toward a career bruising moment.

Being able to write a proposal, that’s useful, especially if you want some say in the shape of what comes down the project line at you.

And there’s this opinionising. Writing because you (think that you) have something interesting / useful / entertaining to say on some topic du jour or keep you bobbing just above the awareness plimsol line of LinkedIn.

Then this evening I stumbled on the (proper) writer Joan Didion’s famous line about why she writes ~ “…entirely to find out what I’m thinking.” And I suddenly recalled that I for a time, early on my career, I used to begin tackling design briefs almost entirely with words. On being briefed I would grab a dictionary and thesaurus and write down all the words I could imagine being connected with what needed to be said (or rather drawn) – and then try and create connections to the words and then to where to begin exploring ideas.

I don’t recall being shown or taught why this might have been a good idea or a starting point. Maybe no-one wanted to point out that it looked like a waste of time. But no-one did and so I always started with words.

What it did reward me with was a love of words, and some skill being able to type them into half-coherent sentences.

I prefer to think of it as a kind of type-setting. Making pictures with just words is such an amazing thing to be able to do, and you don’t need to be a writer to have it reward you too.